All you need to know about Traditional Home Interior Design 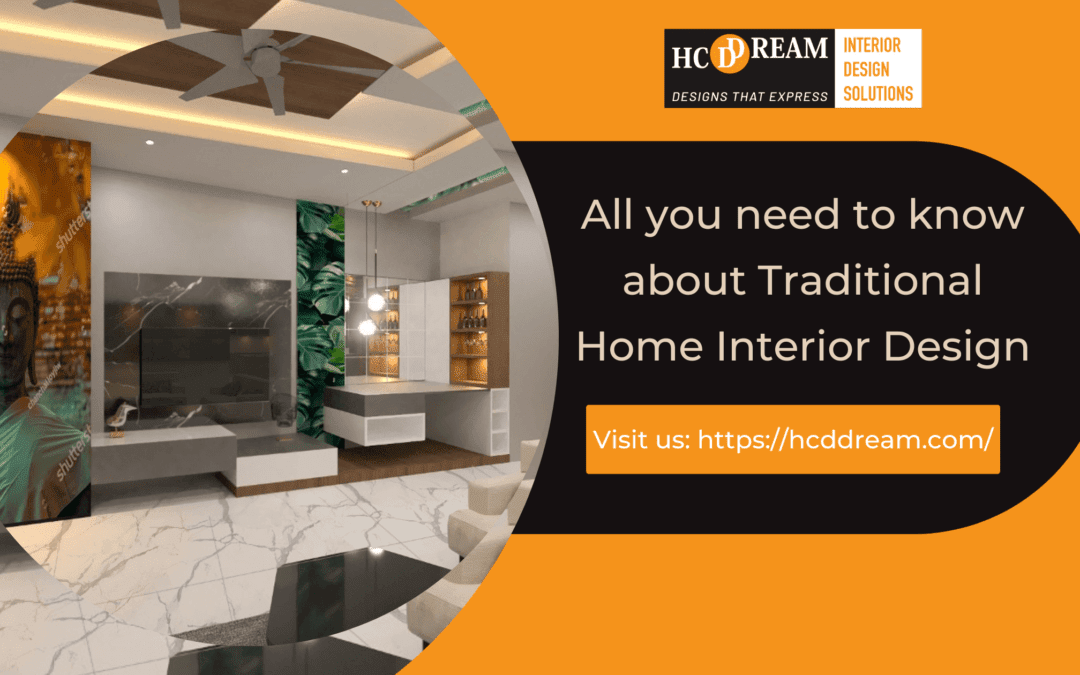 Traditional Home Interior Design is exactly what it sounds like – a classic, warm, comforting, and familiar home design style that is rooted in the traditions of the past without being specific to a single time period. You might tend to shy away from traditional design out of fear that it’s boring, predictable, stuffy—and it totally can be. But some of its facets are truly interesting, and since it incorporates a lot of antiques, traditional design gives the opportunity to stumble upon some pretty cool pieces. But what exactly makes something “traditional,” and just how far back does traditional go? We’ll tell you everything you need to know, and maybe you’ll be convinced that tradition doesn’t always equal staid.

But firstly, what is the Traditional Home Interior Design?

The types of furniture, textiles, color palettes, and décor used in traditionally designed rooms reference history and are familiar rather than trend-setting. For example, a traditional-style bedroom may include a neutral color scheme; a carved or upholstered wooden headboard; matching nightstands and table lamps; comfortable; an upholstered armchair and an ottoman; and possibly a landscape painting on the wall.

Origins of the traditional style of interior design

Many people feel more at home in a traditional interior that is up to date and comfortable for modern life. The point of designing a traditional living room is not to create a wow factor, but to provide a reassuring backdrop for family life that is elegant, comfortable and understated at its best. At worst, a traditional room can seem dull, dated, and uninspired.

Just because traditional design is rooted in tradition does not mean that it does not and should not change with the times. Many of today’s traditional homes incorporate modern elements like large kitchen islands and open spaces. Today’s designers are likely to add more contemporary pieces, bolder colors, and antique and vintage furnishings and decor to create a classic look that many call traditional new look. A hybrid of traditional and contemporary design, the transitional style has become an interior decorating category in its own right.

Key features of the traditional style of interior design

Next we are going to explain some key ideas of the traditional style so that you can get a better idea. Thus, in the case of wanting to bring it to your home, you will know how to focus and carry it out:

As you would have probably surmised, traditional design is inspired by, well, tradition. It’s a timeless style taking cues from the 18th and 19th centuries, incorporating classic art, antiques, and pieces with history. And so, here are some cues to be taken from the traditional interior designs for your modern day home interior design:

Consider the traditional style as a starting point, rather than an end goal, so you feel free to mix non-traditional elements to create a more personal and memorable space.

If you’re a fan of traditional home interior design and you like to have experts creatively design your home with the last century design ideas, then speak with us at HCD DREAM Interior Solutions in Bangalore, Karnataka, India today.

Get More Info about us